Friday Feb 8th 2008 continued:
The next Big Thing was Craft Rocks. One could be forgiven for thinking that the otherwise unpromising title must have a least a hint of irony, but as far as I could tell, none was present. That said, there was strong whiff of high camp drifting through the cast gallery. This turned out to be icing sugar, which had been lovingly set out in imitation of gracefully pattered floor tiles. This, the dance and icing sugar were the idea and work of Linda Florence. The stately rooms of the V&A were slowly being turned into a sugar dust-bowl as three pairs of magnificent ballroom dancers where waltzing, tangoing, and two-stepping this way and that across the ‘tiles’, creating voluminous clouds of sugar as they went. Mesmerising though it was, the audience got steadily sweeter and stickier and the sugar dust settled in our hair and eyebrows and in the fold of our clothing and rose in mighty billowing waves to settle on high balconies, paintings, statues, in distant curlicues and on the cheeks of cherubs. Wonderful stuff at best, but I’m still worried about the cleaning bill.

Craft was being splendidly rejuvenated in the Temple of the Applied Arts. ‘Out of the Ordinary,’ subtitled, ‘Spectacular Craft,’ also surpassed its excruciatingly clunky titles with an exhibition, ‘of eight contemporary artists who place craft at the heart of their practice.’
pictures here
What is truly astonishing about this is that it was a collaboration, in name at least, between The Temple and The Politburo (aka the Crafts Council). In reality it seems to have been the work of about 20 people as well as the eight artists, most of whom have little or no connection with the Politburo. The first thing to note was the absence of the loathsome plinth. Gone too the pious silence that clings like a virus to most displays of the ‘beautifully crafted’ item. Here was a screaming cascade of lacerated red paper, tumbling exuberantly, extravagantly from open books, whose cut pages generated the torrent. More viciously cut paper dolls filled box frames; the caught, caged versions of escaping paper, which filled a corner from ceiling to floor. There is so much more that could be said about this show, and perhaps someone else will write it, but I will just mention the exhibition design. The room was divided into sections using giant cast plaster blocks on which some exhibits were mounted, perfect for Susan Collis’s gold screws and brown diamond drawing pins, for example. What joy it was to see a show dedicated to craft practices, properly, thoughtfully exhibited. Curators, Take Note!!!
Posted by Claudia Clare at 14:59 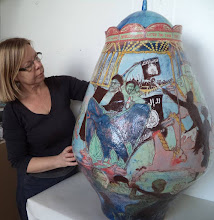 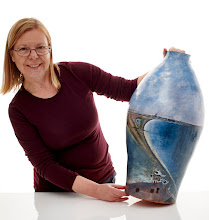 And The Door Opened, ceramic project with Women @the Well, (W@W) ***Covid19 intermission*** As yet all postponed rather than cancelled. Watch this space. 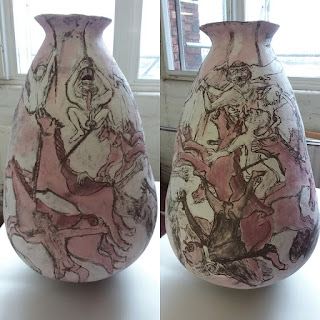 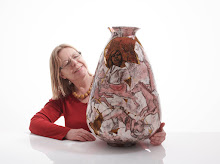 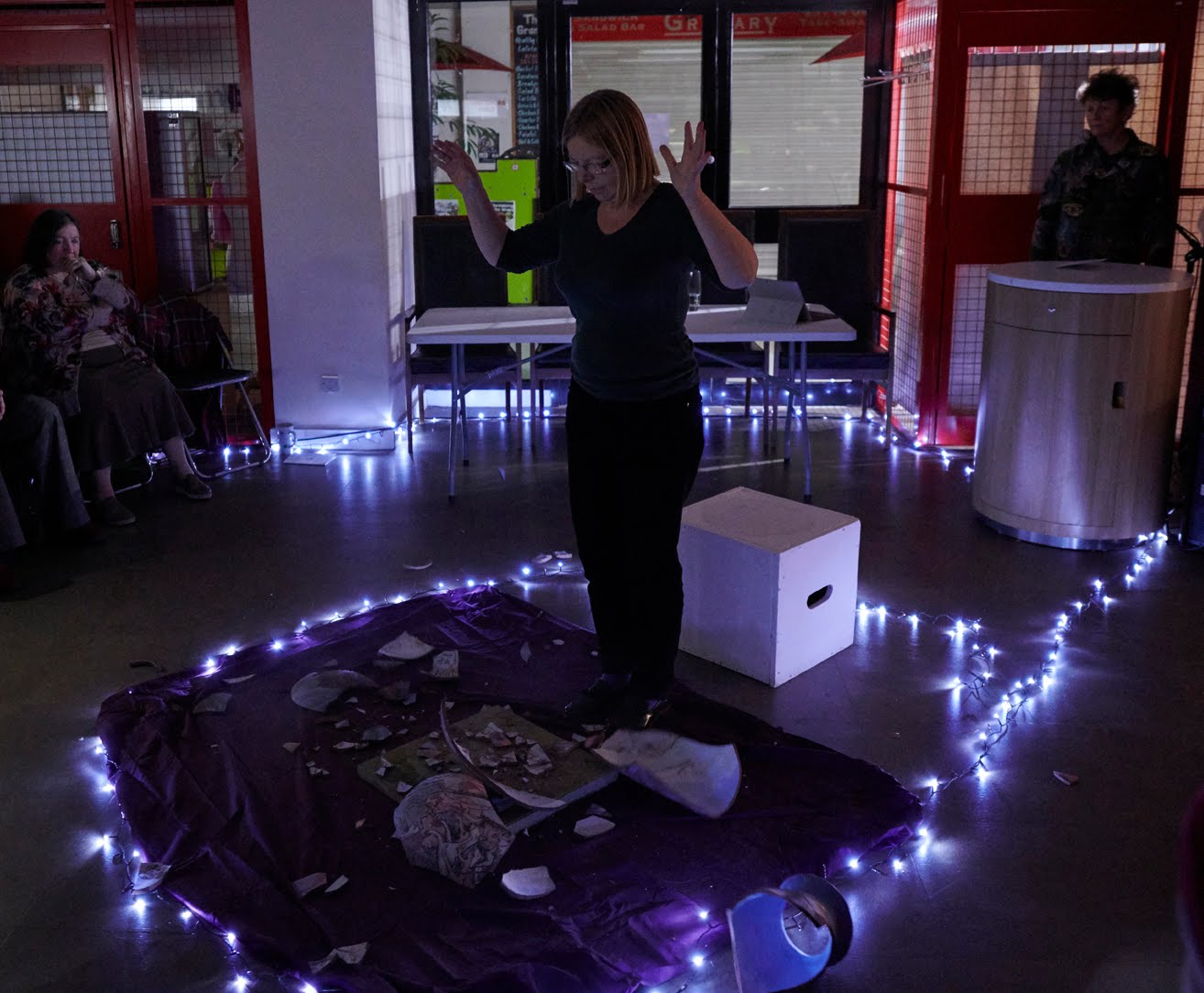